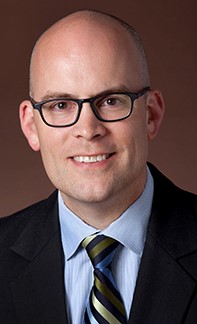 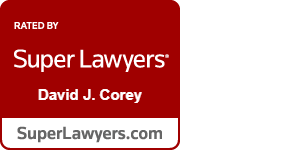 Dave Corey is a partner of the firm with more than 20 years of practice experience. For the past 19 years, he has worked exclusively in the defense of physicians and hospitals against medical malpractice lawsuits and professional licensing proceedings. Dave is frequently invited to speak to audiences of doctors, nurses, lawyers, and risk management professionals on topics related to medical malpractice.

A member of the American Board of Trial Advocates, Dave has tried 19 medical malpractice jury trials, in addition to numerous other civil jury trials, bench trials, arbitration hearings, and administrative hearings. Dave frequently represents physicians in licensing proceedings before the Washington Medical Commission. He previously worked as a criminal prosecutor, where he tried approximately 65 criminal cases.

Dave is a 1996 graduate of the Seattle University School of Law. He is an alumnus of the University of Denver (B.A., political science, 1993), where he was also a captain of the varsity swim team and a 1990 NAIA All-America selection. Dave has also been heavily involved in swim coaching, masters swimming, and open water swimming. He is a proud Seattle native and Ballard resident, where he serves on the board of his children’s school.