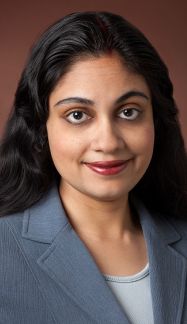 Since joining Floyd, Pflueger & Ringer in 2013, Nabeena Banerjee has devoted her practice to representing healthcare providers in medical malpractice cases and in Department of Health investigations. Nabeena is a partner in the firm. She is licensed to practice in Washington and in New York. She is a member of the Washington Healthcare Risk Management Society and the South Asian Bar Association of Washington.

Nabeena began her career as an attorney at a consumer bankruptcy firm in New York City where she represented bankruptcy petitioners at 341 hearings, and litigated Fair Credit Reporting Act claims in federal court. Nabeena also assisted the firm in preparing class action lawsuits against Equifax, Experian and Trans Union.

In 2004, Nabeena received her law degree from the University of North Carolina at Chapel Hill, where she was named to the Dean’s List, and was a member of the Pro Bono Board and the First Amendment Law Review. Nabeena also won a Best Attorney Award in her law school’s 1L Moot Court Competition.

Nabeena enjoys spending time with her husband and family, cooking, reading, and singing. She trained for many years in Indian Classical Vocal Music, and was a soloist with the Asavari School of Music in New York. She was also a soprano with the Capitol Hill Choral Society in Washington, D.C.