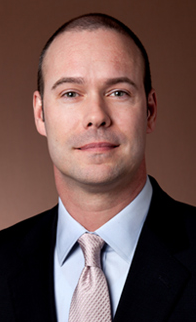 Sean initially joined Floyd, Pflueger & Ringer in 2000, became a partner in 2004, and returned in 2017 as a shareholder after serving in an Of Counsel capacity at a large, respected Seattle firm. His practice focuses on labor and employment law, and product and premises liability. Sean advises and represents National Association of Independent Schools (NAIS) member institutions and public school districts in all manner of labor-related claims, as well as harassment, intimidation, and bullying actions. He is a member of the Council for School Attorneys, the Washington Defense Trial Lawyers Association, the National Lawyers Guild, and is a certified Civil Rights Investigator with the Association of Title IX Administrators. Sean is “AV Preeminent” peer-review rated by Martindale-Hubbell.

Sean also has experience defending private corporations, municipalities, and state agencies in suits arising from environmental and industrial catastrophes such as the Ride the Ducks Aurora Bridge collision, Taylor Bridge fire, and the Olympic Pipeline explosion. In addition, Sean has defended hospitality and healthcare entities in E. coli and latex allergen cases respectively, and has experience defending wage and hour class action lawsuits. He serves as a third-party neutral, and has arbitrated numerous disputes through the King County MAR program.

Sean is a former credentialed thespian and a veteran of productions in New York City and Florida, as well as a published poet. In his spare time, he enjoys Seattle Mariners baseball, Emerald City soccer, improving his home barista skills, cellaring wine, and most especially watching his daughter delight in the world around her.